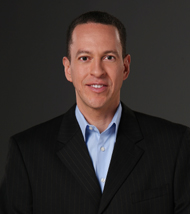 Carlos J. Jiménez is a graduate of Nova Southeastern University, Shepard Broad Law Center, in Fort Lauderdale, Florida. Mr. Jiménez also holds a Master of Science Degree in Healthcare Administration and a Bachelor of Arts Degree in Economics at the University of Houston.

Prior to his current work as a personal injury attorney in West Palm Beach, Mr. Jiménez was employed for more than 10 years as a claims adjuster with State Farm Insurance Company, where he handled personal injury litigation files. He continues to hold a Florida All Lines Adjuster’s License and keeps up to date on the latest news in the personal insurance industry.

Not all attorneys in South Florida have the same level of insider experience. Having an attorney who has been on “the other side of the fence” helps our law firm better understand how the insurance companies think when assessing insurance claims.

As an injury lawyer, Carlos J. Jiménez has successfully represented clients in cases against some of the largest insurance companies including:

Mr. Jiménez and staff are dedicated to representing only the individual victims in an injury claim, never corporations or insurance companies. 24/7 Injury Law is a family-focused firm working hard to ensure you and your loved ones are cared for both financially and emotionally. Therefore, when we seek a settlement for you, we make sure it fairly compensates you for not only your financial losses, but also the emotional toll a serious injury or loss of a loved one can take on a family.

Involved in the Community and Industry

A long-term resident of South Florida, Carlos J. Jiménez is dedicated to the individuals and community he serves, having been involved with Habitat for Humanity, Special Olympics, Walk for a Cure, the American Red Cross, Catholic Charities USA, and other charitable organizations.

The 24/7 Injury Law team also supports charities like the Toys for Tots annual holiday toy drives. Our law firm has been a major sponsor of the toy drive for local underprivileged families for the last several years. We even collaborated with a local radio station to provide gifts and a picture with Santa to local children.

Mr. Jiménez has also been a guest speaker at a local elementary school’s English as a second language program for adults. During his lecture, Mr. Jimenez explained auto insurance policies and fielded questions about personal injury and other legal issues that may require an injury lawyer.

Carlos J. Jiménez is a member of the Florida Bar, the United States District Court for the Southern District of Florida and was a Florida Supreme Court Certified County Court Mediator.

He boasts numerous professional memberships including: 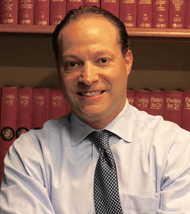 Mr. Goldstein received his B.S. in Business Administration from Bucknell University in Lewisburg, Pennsylvania in 1989 and graduated from the Hofstra University School of Law, now the Maurice A. Deane School of Law, receiving his J.D. degree in 1992. Prior to moving to Florida, Mr. Goldstein practiced in New York from 1992-2002 focusing in the area of personal injury and tort litigation representing both plaintiffs and defendants, and he remains licensed to practice law in New York State. Mr. Goldstein is also admitted in the United States District Courts for the Eastern, Southern and Northern Districts of New York.

Upon being admitted to the Florida Bar in 2002, Mr. Goldstein relocated to South Florida, where he continued to concentrate his practice in the area of civil litigation focusing primarily on all aspects of insurance defense litigation, insurance coverage issues and bad faith litigation. This included cases involving automobile negligence, premises liability, wrongful death, negligent security, construction related litigation and commercial litigation.

24/7 Injury Law: A Pure Contingency Law Firm – You Pay Absolutely No Fees Unless You Receive Compensation

Often times, accident victims or their families believe they can’t afford legal counsel. So they go without and are mistreated and cheated from receiving fair compensation. We want to dispel this myth by informing you that our firm works on pure contingency. Meaning, you don’t pay us any money upfront to accept your case and you don’t pay us any money at all if you don’t receive compensation for your damages. This is how confident we are in our experience and training. So what do you have to lose? Absolutely nothing. Call us now to schedule your FREE legal consultation – 888-984-4878.